Van Dijk believed that hardwork and determination propelled them to success in the Epl 2018/2019 season.

Liverpool Fc was very outstanding, losing only once throughout the season to Manchester City who became the Champions, for the fourth time and two times consecutively.

Mo. Salah and Sadio Mane where instrumental, as both scored 22 goals and share the golden boot with Arsenal’s Pierre-Emerick Aubameyang. 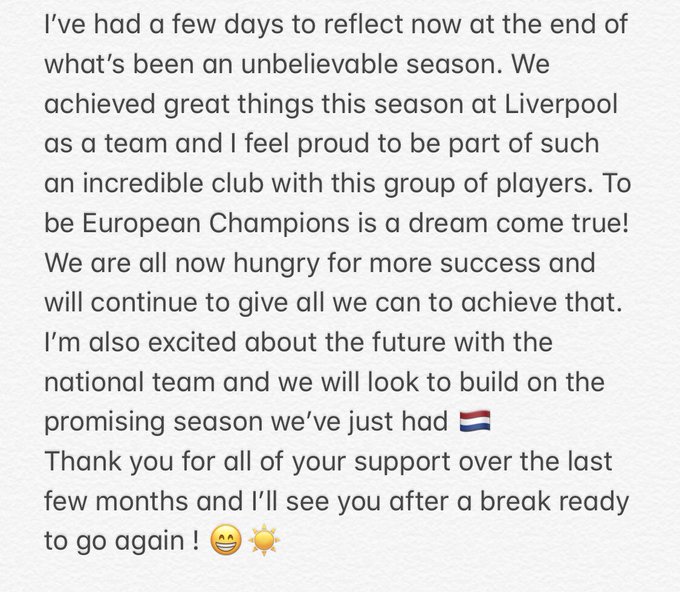 Get updates of the latest Soccer News and Football Transfer News